You are not too old to become a pilot, in fact you I think you have plenty of time to be very successful..

The demand for pilots will be intense in the next 10 years and you should be qualified by that time.

I understand that some airlines in some countries have upper limits for new hires. That’s not true in Africa , I’ve had new copilots who are over 50 in my cockpit and they do a wonderful job! I think that they’ll make captain before they retire.

you can become a private pilot as old as you can hold a medical . Many people fly well into their 80s and 90s, and I trained someone in their 60s when I was an instructor, and she was an excellent pilot.

If you mean professional pilot (scheduled airlines), then there is a mandatory retirement at age 65 in Kenya  (and many other countries). There is talk about bumping that to 67 and other talk about bumping it to 70. One of those may happen, but my guess is that is a ways away.

So if mandatory retirement is at 65, you could be hired as late as 64,.At my airline, I know they hired a guy who was 62.

Start training as soon as possible and enjoy the ride. It won’t be easy and you’re going to live like a monk but the experience and stories you’ll accumulate will make up for all of it. Plus you’ll get paid to fly!

apply now and train with  THE SKYMAX AVIATION FLYING SCHOOL. the best flight school in East and Central Africa.

the photo(1) below is of the accountable manager,(skymax aviation) Eng. Aketch Samson(60 years of age) during his PPL training. the second photo is of the newly acquired piper Seneca  twin engine to facilitate Multi Engine/Instrument Rating 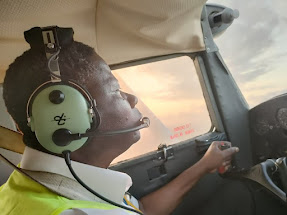 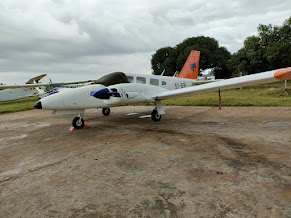 what are some interesting and less known facts about aviation?

Aeronautical Engineering revealed (all you need to know)!!!