First and foremost, its with no doubt that Kenya aeronautical college is now the top and biggest aviation college in East and central Africa that is located inside an airport.  with a capacity of over 500 students, KAC is located inside Wilson airport which is one of the top 10  busiest  airports on the African continent. coupling onto its strategic location where at least 60 percent of her students get their first job placements, KAC has her own AMO (Approved maintenance organization  by Kenya Civil Aviation Authority) which assures her students of internship Where they attain practical skill thus putting them a head of the aviation school game. KAC also has its own aircrafts under its piloting wing (Skymax flying school) which enables students not only to study about aircrafts but also see and operate/fly them. all these factors put together have enabled the college to maintain its top position in the region for the last  20 years. 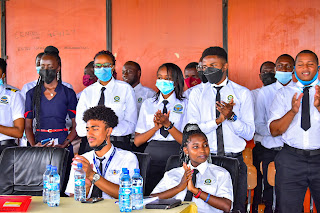 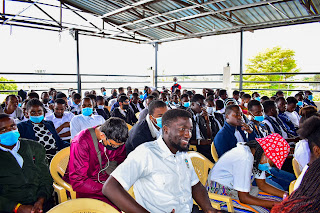 Four of the world’s tallest air traffic control (ATC) towers are located in Asia, while the United States of America (US) has three.

Thailand has the tallest ATC tower in the world, followed by Malaysia, the US, Japan and China.

In Indian context, right now Mumbai Airport tower is tallest with a height of 83.8m but soon the throne will be taken the New Delhi ATC Tower (with a height of 101.9m) which is under construction.

2. Angle matters the most: Airport control tower windows must be angled at precisely 15 degrees from vertical at the top to decrease reflections from both inside and outside the tower.

3. Father of Aviation: In 1799, English aviator George Cayley (1773–1857) built the first glider that could go short distances. His early work helped inventors understand the dynamics of flight, and the Wright Brothers acknowledged his importance.

7. First Successful Flight: The Wright brothers (Orville and Wilbur Wright) invented and flew the first airplane in 1903. It is considered the world’s first “sustained and controlled heavier-than-air powered flight.” Their aircraft, the Wright Flyer, flew about 120 feet. Today, the newest Boeing 787 can fly 10,000 miles on a single tank of gas.

8. Orange “Black” Box: Most airplanes have a flight data recorder that keeps track of everything the plane does. These are often called “black boxes” even though they are orange.

9. The 5% Factor: Only 5% of the world’s population has ever travelled by plane.

10. Aircraft Windshield = BMW: One windshield or window frame of a Boeing 747-400’s cockpit costs as much as a BMW car.

The world-wide 747 fleet has logged more than 78 billion kilometres, equivalent to 101,500 trips to the moon and back.

Each engine on a Boeing 747 weighs almost 9,500 pounds (4,300 kg), cost about $8 million USD, and burns about twelve gallons of fuel per minute when cruising.

The Boeing 747 burns approximately one gallon of fuel every second. Over the course of a ten-hour flight, it may burn up to 36,000 gallons.

The world’s largest passenger plane is the Airbus A380. It is a double-decker four-engine jetliner.

It made its first flight on April 27, 2005 and Singapore Airlines was the first airlines to add this Super Jumbo in its fleet in the year 2007.

The Airbus A380 has about 4 million parts.

The Russian Antonov AN-225 cargo jet is the largest plane in the world.

It is nearly as big as a football field from nose to tail and wing tip to wing tip.

It was originally built to transport a space plane. It has 6 engines.

The world’s fastest airplane is the Lockheed SR-71 Blackbird, flying at 2,193 miles per hour. It has held the record for nearly 40 years.Here it is worth to mention that commercial jet has an average cruising speed of 550–580 mph.

17. Internet and Online Check-In: The internet and on-line check-in was first introduced by Alaska Airlines in 1999.

19. Different Food:Pilots and co-pilots are required to eat different meals in case of food poisoning.

20. Air Travel: Safest Mode of travel? The answer is NO. Air travel is the second safest form or transportation. Only the elevator/escalator is safer, although it would take quite some time to travel 1,000 miles on an escalator.

21. Faulty Taste Buds:The atmosphere in an airplane cabin dries out a person’s nose, and the changing air pressure numbs about 1/3 of a person’s taste buds. This is one reason for airlines adding lots of spices and salt to their foods. Additionally, tomato juice tastes less acidic in the air.

22. Theory of Water and Air: Travelling by air can shed up to 1.5 litres of water from the body during an average 3 hour flight. So drink as much as possible water to keep dehydration at bay.

23. Being on Ground ≠ Safety: One the most deadly airplane accidents actually happened on the ground. In 1977, two fully loaded planes carrying a total of over 600 passengers collided head-on in the middle of the runway in what is now known as the Tenerife Accident, named after Tenerife Island where the accident occurred. Over 500 people died.

24. Language of ATC and Pilots: English is the international language of flight. All Air Traffic Controllers and all commercial pilots who fly on international flights are required to communicate in English. However this is not plain English. In our field we call it Phraseologywhich is a standard format used by ATCOs and Pilots all across the world.

25. The Enemy of Aircraft: Mercury is not allowed on a flight. Even a small amount of mercury can seriously damage Aluminium, which is what most planes are made from. Aircraft that are exposed to mercury are usually quarantined.

26. And the Busiest Airport is…..:Well, if your answer is London Heathrow then you are at the wrong end.

The world’s busiest airport is the Hartsfield-Jackson Atlanta International Airport, at over 96 million passengers a year. London Heathrow is at third spot.

O’Hare is the busiest in the world in terms of take offs and landings.

27. The Largest Airport: World’s largest airport with respect to land area of 78000 ha King Fahd International Airport has been located in northwest of Dammam, Saudi Arabia.

Airport with the longest runway in the world is QamdoBangda Airport in the People’s Republic of China with 5.50 kilometers in length (as of 2011).

Indira Gandhi International Airport’s Runway 29/11 with a length of 4430m stands at 32nd position in this list.

The Juancho E. Yrausquin Airport (Dutch Caribbean island of Saba) has the shortest commercial runway in the world, only 396 meters (1,299 ft) long.

29. The Safest Airlines: As well as being the second oldest airline in the world Qantas, formed in 1920, also has the best safety record with no fatal crashes in their history.

31. Oxygen Mask only lasts 15 Minutes: The oxygen masks in an airplane only hold enough oxygen to last approximately fifteen minutes, which is long enough for the plane can reach a low enough altitude to have breathable air.

32. Incidents of Turbulence Are Rising: It’s official, there is no place on or above the earth you can escape the negative effects of climate change. Increases in carbon dioxide in the atmosphere have been causing incidents of turbulence to rise. They will continue to rise until we humans are able to make climate-friendly life choices.

Emirates is the world’s largest operator of Airbus A380 and Boeing 777 aircraft and is one of only nine airlines in the world to operate an all wide-body fleet.

35. Ryanair carries more international passengers than any other airline.

36. JFK Airport: The name of Idlewild Airport was changed to JFK international on 24th December 1963, a month after John F. Kennedy was assassinated.

37. Thai Airways cabin crew are required to wear separate uniforms on land and in the air. They change into traditional Thai dresses in the air, while on the ground they wear a corporate purple suit.

41. On each side of the plane is an aileron, which makes the plane turn right or left.

43. 75% of all inflight arguments between grown adults are a result of economy passengers reclining their seats. Grow up!!

44. Only around 25% of first class passengers pay full fare. The rest are upgrades, frequent fliers and airline employees.

how does an airplane that weighs 1000s of ton get into the skies?